ANCIENT GIANTS. History, Myth, & Scientific Evidence From Around The World 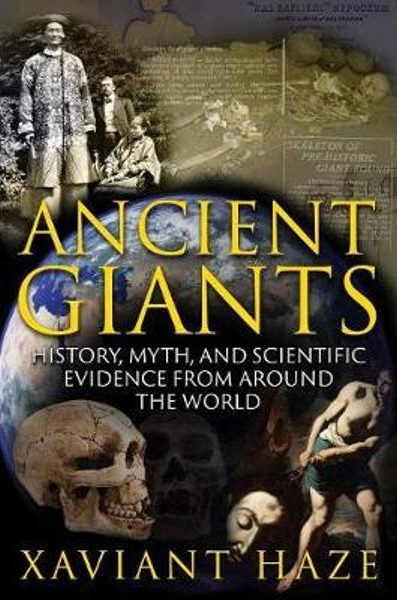 HAZE (XAVIANT) ANCIENT GIANTS. HISTORY, MYTH, AND SCIENTIFIC EVIDENCE FROM AROUND THE WORLD

Investigates physical evidence, history, and myths to reveal the lost race of giants that once dominated the world. Reveals suppressed archaeological and scientific discoveries supporting the existence of a worldwide race of giants. • Examines giant myths and legends from ancient religious texts and literature from around the world. • Includes findings from throughout Europe (Britain, France, Spain, Italy, Germany, and Russia), the Middle East (Israel, Egypt, Syria, Iraq, and Iran), Africa, Australia, New Zealand, and the Far East (China, Japan, Malaysia, and the Philippines) From the Nephilim and Goliath in the Bible to the Titans in Greek mythology and the Fomorians and Frost Giants in Celtic and Nordic lore, almost every culture around the world has spoken of an ancient race of giants. Giant footprints left in the geological bedrock, tens of thousands of years old, have been discovered in India, China, and the war-torn lands of Syria. Giant bones and full skeletons have been found in Europe, the Middle East, Africa, Australia, and Asia. Yet despite mounting evidence, mainstream science continues to consign these findings to the fringe.  INNER TRADITIONS INTERNATIONAL