Written by Glenn D. Kittler with Hugh Lynn Cayce [Editor] :Based on the writings of Edgar Cayce 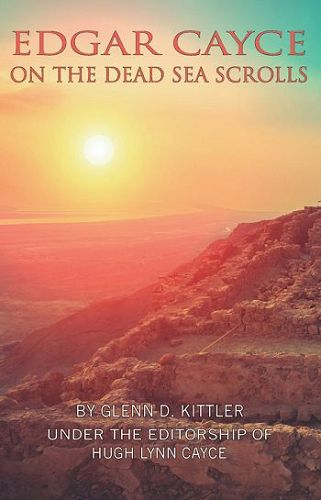 Of all of his clairvoyant excursions into the past, some of the most remarkable information that came through Edgar Cayce (1877-1945), explored the activities of a little known Jewish sect called the Essenes. More than eleven years before the Dead Sea Scrolls were found in 1947, Cayce’s readings provided detailed descriptions of the Essenes, their activities, their community, the records they kept, and the fact that both men and women were members of the society. In one reading, Cayce was asked to explain the term Essene, “(Q) What is the correct meaning of the term "Essene"? The answer was given simply as, “(A) Expectancy.” The readings go on to suggest that it was this group who took upon itself the entrance of the Messiah into the earth!

In 1951, more than six years after Cayce’s death, archaeologists made further excavations at Qumran, near the site where the Dead Sea Scrolls were found, and it was discovered that women had indeed been members of the Essene community.

This book is the story of the Essenes as it unfolded through Cayce’s psychic channel.